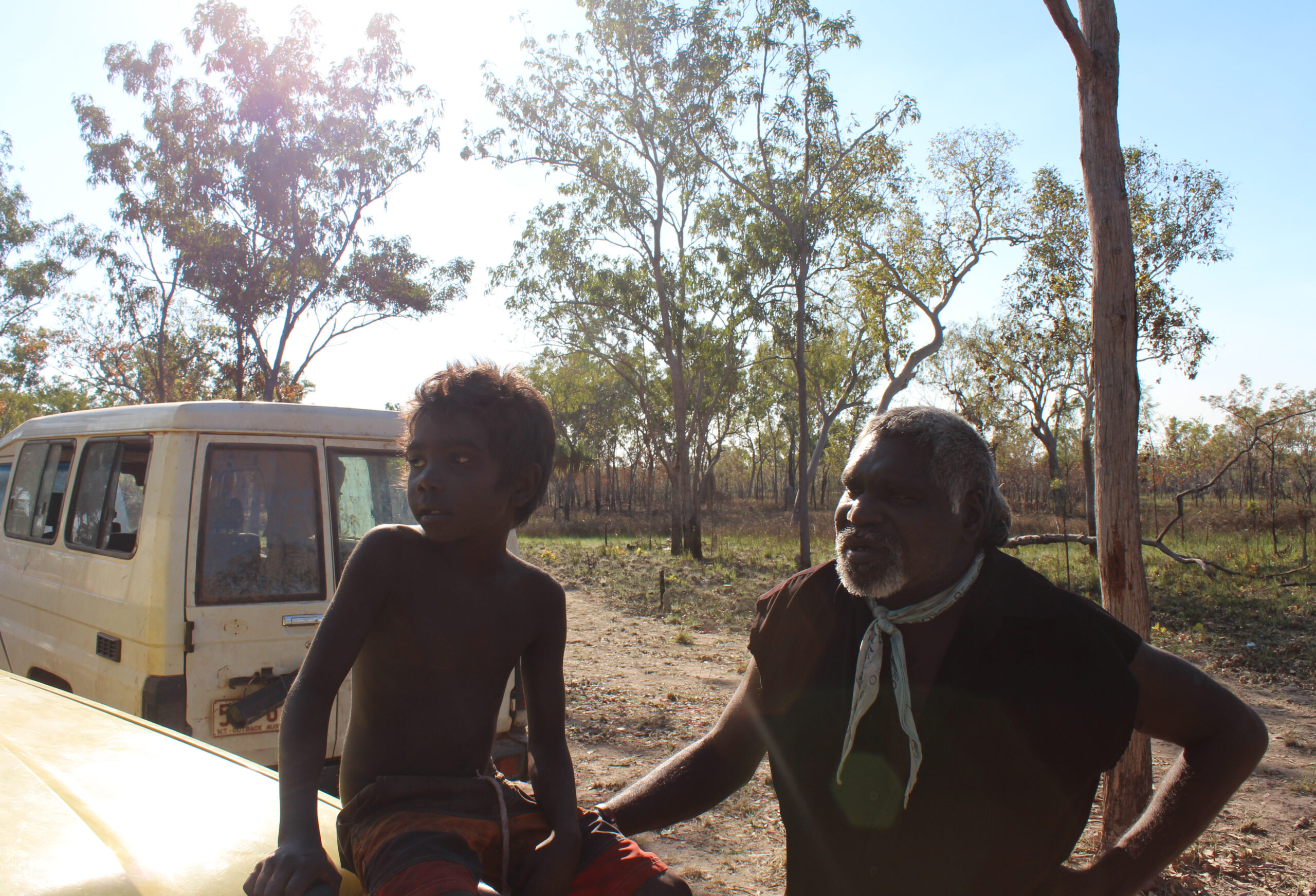 Master of Arts in Interdisciplinary Studies: Summary of Research

The original goal of my MA was to conduct a mythographic study that would track how ongoing expressions of cultural poetics, via both stories and myths, in the Wadeye region necessitate new models for understanding / conceptualizing the world. To achieve this practical end, I wanted to develop a basic knowledge of the underlying core processes of mythogenesis. I wanted to structurally identify its inner workings as they would pertain to and thus illuminate the lived cultural traditions of the township and its rural districts. Particularly, this phenomenon and its accompanying theoretical framework could ratify the relationship between narratives and their fragments—provide insights into how they aggregate—even problematize—the formation of totalities, or worldviews. I was keen to work with the expert knowledge of Wadeye’s elders as well as other key informants and residents who regularly engage in the creative and ritual life of the region. The data from my fieldwork is itself a mix of the narrative and cultural repertories of the area that engages with and gives meaning to the diverse lives of Wadeye Aboriginal Australians and their Northern township; it was collected on-site as field notes during participant-observation activities, but otherwise as recordings of interview sessions, mixed-media ranging from stills to video, and even archival materials from the Kanamkek-Yile Ngala museum. The core data was analyzed using a qualitative thumb into themes that illustrated the nature of preliminary fieldwork and active manifestations of living myth within the daily activities of residents—raining from funerals to bush trips. If possible and with more data, I was to organize this information into semantic clusters and systems of relations. I wanted to produce a quantum understanding of how the building blocks of a field-dependent worldview arrange themselves in the manifestation of culturally dependent meaning. The goal here was to form a key sense of how lived awareness and creativity operates as a knowable and executable representation of the modern belief systems of Wadeye and the “Dreamtime.” The initial goal of this mythography was to produce a generative model for the practice of story revitalization and the understating of living myth.

Again, this was an original aim, which itself proved to be beyond the breadth and duration of a single MA. Yet, the actual work was still generative and insightful. I plan to accomplish much more with mythogenic theory as a salient, simulation-based model in my Ph.D. I was, however, able to effectively focus on practices of cultural resource management (CRM) as an effort to revitalize culture in the present, and the aim of such crucial endeavours was and is to provide stability for future generations in navigating culture. This theme runs throughout my preliminary fieldwork in Wadeye, as I sought to collect traditional narratives of the mythic “Dreaming” song cycles. One of the goals of my volunteering and fieldwork in this region was to help make history and myth relevant to future generations of Aboriginal Australians by providing them with my time and expertise as a resource from the local Kanamkek-Yile Ngala museum. In my thesis, I explore how culture, as presented in traditional myths and narratives, becomes intertwined in the daily lives of Aboriginal Australians. The thesis delves heavily into the process of fieldwork as a way of engendering empathy for the social analysis of myths. The experience of the field, entering into another way of life, is central in forming an understanding of how myth and narrative play vital roles in Aboriginal Australian life/culture. The fieldwork within my thesis is largely from the vein of applied anthropology in seeking answers relating to the loss of narratives in the region. The drive here is to find a framework for the successful revitalization of lost stories by visiting cultural sites and reconnecting to experiences of the land. I also explore notions of ethno-poetry as a possible way of tapping into the creative potential of the Aboriginal Australian “Dreamtime.” The aim is thus to engender a larger discussion in cultural resource management by centring the community in deciding its own responses and adaptation strategies in dealing with story revitalization efforts.